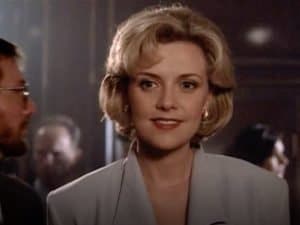 Carina has a one-night stand with Walter Skinner (Mitch Pileggi). As he awakes the next morning, she is dead. Scully and Mulder investigate the circumstances.

Amanda Tapping is a massive fan of the X-Files and she was only coincidentally in Vancouver when her agent suggested she audition for a role. The role she got was the only one available at that moment and she was a bit taken aback when she realised she would die at the beginning, but she was still very excited about being on the show.

The love scene was awkward. When Mitch Pileggi saw her on the set of Stargate Atlantis he loudly announced, “The last time I saw you, you were naked!”